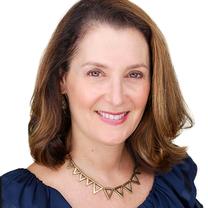 Patricia Vance was appointed president of the Entertainment Software Rating Board (ESRB) in 2002. In this role Ms. Vance is responsible for overseeing and enforcing the computer and video game industry's self-regulatory practices, which includes ensuring that video game consumers have effective tools with which to make educated purchase decisions. Amid the evolution of the video game industry and its expansion into new platforms such as mobile she has led the effort to gain adoption of ESRB ratings among mobile app providers, affording consumers a consistent and familiar standard for assessing the suitability of both video games and mobile apps for their children.

Prior to ABC, Ms. Vance was responsible for planning movie acquisitions for The Movie Channel. She has also held senior management positions with The Princeton Review as Executive Vice President & General Manager of Admissions Services, and before that as President and CEO of HalfthePlanet.com, an online resource network for people with disabilities.

Ms. Vance serves as a member of the Board of Directors for the Family Online Safety Institute as well as the Academy of Interactive Arts and Sciences. She was also appointed to the National Telecommunications and Information Administration's Online Safety and Technology Working Group (OSTWG), which was established by Congress to make recommendations on the protection of children on the Internet through education, labeling and parental control technology.