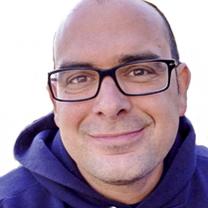 Chris Charla is the Director of ID@Xbox at Microsoft.

ID@Xbox enables independent developers to self-publish their games on Xbox One.  Chris launched ID@Xbox after working with developers for three years as portfolio director for XBLA at Microsoft Studios.

Prior to joining Microsoft, Chris was Vice President of Business Development at Foundation 9 Entertainment and Editor In Chief of Next Generation magazine and launch editor of IGN.com.

In addition to his activities at Microsoft, Chris is on the Advisory Board for the Game Developers Conference and also edits the fanzines Incredibly Strange Games and Wallingford Skate Report.